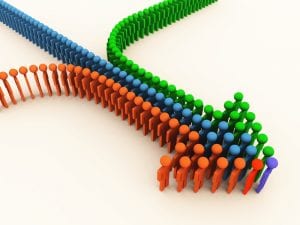 Most Agile methods focus at the product development level. There’s a revolution from below aspect to them which is seductive. It encourages teams to change the world by doing it. Who wouldn’t want to arrive at work thinking “I’m making a real difference, not only for my organisation but for the whole world economy. I’m helping to flatten out hierarchies and to give customers what they really want.” If your role is at a level in the hierarchy where the holder has traditionally been told what to do with minimal autonomy this is a liberating feeling. Taking control of your own work is one of the best feelings there is. So it’s no wonder that team members are embracing Agile in increasing numbers. It’s no wonder that Agile is spreading so widely.

The difference between doing and being

But there’s a problem. Since most methods are aimed at the team level, they’re seen as just something for the team. They encourage organisations to adopt an attitude of well if it makes them happy, let them get on with it. So we see lots of organisations doing Agile rather than being Agile. We evangelise. We tell management that to be truly Agile the culture of the organisation has to change; if they don’t change they won’t get the full benefit. Nevertheless, very few organisations change their culture to an Agile culture. Most of them continue to see Agile as something for development teams. Why is this?

Has Agile become a members’ club?

Let’s take Scrum as an example. Scrum has lots of virtues. However, it excludes project managers. Lots of teams delight in this exclusion. They see project managers, and managers more generally, as a bad thing. This builds a barrier. Teams often state “we’re Agile; we don’t need project managers.”

How to delight our organisation as well as the customer

In 2010 they stopped being quiet. The Consortium got together with the APM Group to release a training qualification syllabus called AgilePM®, demonstrating how project managers could work in an Agile way with Agile teams. The door was open. All of a sudden there was an easy way for organisations to embrace Agile beyond the team level.

The take-up was rapid. The appetite was there and AgilePM was a satisfying way to assuage the hunger. Thousands of project managers, as well as team members and other stakeholders, signed up.

In true Agile style, the product has continued to evolve – keeping pace with the evolution of the Agile movement. AgilePM V2 is the current offering. It’s been rationalised so that the number of management products has reduced. There’s simpler integration with other Agile methods such as Scrum and it also allows integration with PRINCE2®.

AgilePM is here to stay and it’s getting better. 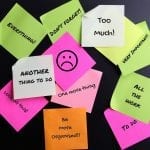