I caught the Olympic bug as a 9 year old, captivated watching Valeriy Borzov in 1972 winning the 100m and 200m. This turned into a full blown cold with Alberto Juantorena at the 1976 Montreal Games. By 1980 the Coe vs Ovett middle-distance dual in Moscow had me in a raging fever.

This was my entry into the world of the super-human athletes of the Olympics. In many countries they are perceived as god-like, as I found out in East Africa when you mention the name Kip Keino.

But by London 2012 it felt like I was attached to an over-zealous defibrillator that was now not only stopping my heart with just track and field, but zapping me constantly through a myriad of new events to me that felt just as electrifying.

The London 2012 Olympic and Paralympic Team GB did not just deliver a few nuggets of the elusive precious metal they came to claim.  They hit motherlodes of gold, silver and bronze.

London was truly special! For 5 weeks the feelings across the entire UK surrounding these games was euphoric, and afterwards it felt like this bolt of lightning could not strike twice.

Katherine Grainger, one of our long standing super-humans and a multi-medallist over 5 Olympics, has seen the changes first hand. Looking back at the London 2012 games, she and many others of us reflected that they “were undoubtedly a huge inspiration for the nation and I think we all felt that it couldn’t be replicated again, it was a once in a lifetime moment”.

Boy were we wrong!

Both the Olympic and Paralympic Team GB’s managed to bottle that lightning and carry it all the way to Rio 2016 and wow! did they light up the stadiums when the stopper came off!

But how did they accomplish this and what brought about this transformational change?

It has never been done before. It’s the first time since the games began again in earnest in 1896 where a nation has bettered its medal haul following a home game. Team GB had 366 athletes in Rio compared to 541 in London. Remembering it was only 20 years ago in Atlanta that Great Britain came 36th in the medal table. It was after that there was a real effort in funding (National Lottery) for better training and a more focused approach which has brought a rise up the medal table and performance of the teams as a whole, taking Team GB from 36th in the world in 1996 and climbing through the ranks to 3rd in London 2012 and continuing to improve – now standing 2nd in the world today. This is ‘success by design’ for both the Olympic and Paralympic programmes.

So what exactly is that ‘lightning in the bottle’?

Dr David Fletcher – Senior Lecturer in Sport and Performance Psychology at Loughborough University – was asked how the approach to the sport has changed. After the huge success of both the Olympic and Paralympic teams, how did they maintain that momentum over the next 4 year cycle to even greater success at the Rio games? 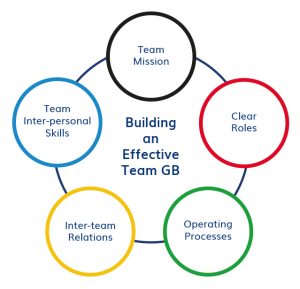 “There’s been a lot of communication in sharing data and knowledge between the different event bodies, and their respective coaches, sports scientists and the athletes themselves.”

For example, “the Volleyball coaches helping the swimming coaches in how they gain the leg power and jump action that could benefit the swimmers dive start.

“There’s a lot of knowledge-sharing going on.”

But what about the athletes and the motivation required to perform on a day to day basis? “First thing is you’ve got to love what you do” and at the very least be invested in it. It should mean more than just the “material gains, the accolades or adulation.”

So in terms of the science and approach how does Team GB stack-up?

Dr Fletcher thinks GB are leading the world at the moment, with the quality of research that has been produced from the academic and research institutes and organisations like UK Sport and British Olympic Association and English Institute for Sport over the last 10-15 years. But “the value of this research has come from translating this knowledge into the real world…. applying it in a way that actually leads to meaningful changes.”

With so many stakeholders involved, creating a single shared vision and outcome was crucial. Liz Nicholl – Chief Executive of UK Sport stressed the importance of “getting behind a shared goal” and “ensuring every ounce of energy resource and focus is actually targeted in the one direction”. She added, “One of the strengths of the UK performance system is that we are united in our target and work incredibly well together. The UK Sports, the institutes, British Olympic Association and British Paralympic Association.”

She describes the improvement of the coaching –

“We do a lot in terms of people development. When individuals are recruited to key positions as coaches, they are not necessarily the finished article. They are technically, but in terms of their coaching and leadership we provide some programmes of support with about 10 coaches a time across sports, which means they can network with each other and learn from each other.”

On leveraging the success – “if that success can be seen and felt then the belief and confidence is going to spread.”

Many of the observations outlined in Chapter 12 – Section B The Effective Change Manager’s Handbook – Building Team Effectiveness are as pertinent to the effectiveness of Team GB as to the teams in your organisations.

The team needs to have meetings to gain clarity around the reason for change, the vision and the anticipated problems, risks and issues. There should be a clear and strongly held sense of purpose and an ability to answer questions from stakeholders. Armed with an understanding, the team can remain focused on delivering outcomes.

Team members may need training and coaching in dealing with resistance, and to gain influencing skills.

The team will need enabling processes for people to work efficiently together. Participation in all of the processes of the work group and the development of a collaborative approach are at the heart of effective teamwork.

Given the challenging nature of the initiative, the change manager will encourage team members to actively engage with and support each other. This also requires open communication and willingness to share information.

The change manager will consider the team interdependencies and how relationships can be developed to facilitate delivery of the change initiative. Encouragement can also be given to the team to develop relationships and communicate with other teams.

This truly is a golden age for Team GB and advances and proven approaches are something we should all adopt with our teams.

I’ll leave you with a thought Katherine Grainger made recently in Rio where she intimated how the current successes of the teams should be seen as the ‘new normal’ and this should now not be perceived as somehow miraculous and an anomaly. That building on continued preparation and the level of support given, we should be expecting this outcome at games to follow.

Well done and congratulations Olympic and Paralympic Team GB! And that means everyone involved from the supporters and fans in the stadiums and living rooms, the athletes’ families and friends, the sporting bodies and academic institutes, the coaches – and to our super-humans who mined the heck out of the medal table yet again 😉 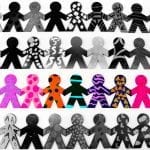 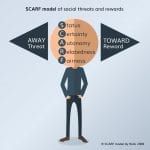