Have you ever felt “But, there’s nothing wrong with the way things are! – why change it?” A large retail store near me seems to have a different layout every time I go in there.  They may have good business reasons for doing this, but it doesn’t make any sense to me. This happens in many organisations, change initiatives get started but it’s not clear why. It can feel like it’s just for the sake of being seen to be doing something.  It’s very difficult then to get any momentum going and there’s a lot of resistance to overcome.

You may be familiar with the idea of Establishing a Sense of Urgency when managing change – this is from John Kotter’s 8-step model for change. It’s the idea of getting people to feel the need for change; creating a “burning platform”, because it’s only when people are convinced that change needs to happen, and happen soon, that things will start to move. I wholeheartedly agree with this, but how do you go about doing it?

Leaders at the top levels of an organisation have a strategic view and understand the business drivers behind change, but are so often reluctant to share this information with everyone else. They feel it’s their job to deal with issues and protect the organisation from them. Recently we heard Sir Mervyn King, Governor of the Bank of England, saying “we could have done more, we should have shouted from the roof tops” to make people aware of the crisis looming in the banking sector. That certainly would have helped create a greater sense of urgency sooner.

To build momentum for change, I believe people need to understand the reasons behind change; the WHY has to be clear, so they can buy into it. This helps them really “feel it in their gut” as well as understand it intellectually. Just think about this for a moment on a personal level. If you have ever thought about getting fitter, losing weight, changing jobs – I bet what spurred you on to make it happen wasn’t just that it seemed like a good idea at the time or because somebody told you to.  You would have needed a strong enough reason to tip you over the edge and actually start making it happen. Perhaps it’s because you had your wedding coming up and wanted to lose weight for that, or you wanted to be able to run around with your kids and were struggling with just a walk to the park, or you’d been told your job was at risk and you couldn’t afford to be without one.

It takes a lot of energy to shift away from the status quo and move towards what you want instead. And the greater the challenge the more compelling the reasons need to be. This applies just as much to change initiatives in organisations as it does to us at a personal level.

What is the sense of urgency on your change programme and is this clear to everyone? Or are we like the people in the cartoon above?

Any cookies that may not be particularly necessary for the website to function and is used specifically to collect user personal data via analytics, ads, other embedded contents are termed as non-necessary cookies. It is mandatory to procure user consent prior to running these cookies on your website. 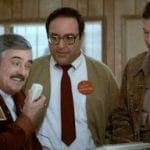