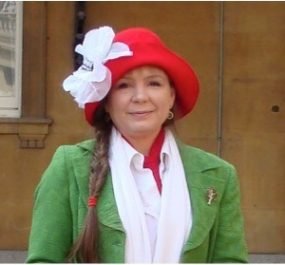 Why I am Championing Cultural Change to Support Diversity and Inclusion.

At school I was always interested in STEM subjects and my recreational time was spent in an odd combination of activities; from camping, canoeing, caving and computers through to dressmaking and fashion. I studied Mechanical Engineering at University with the aim of joining a military organisation.

After a skiing accident, several operations and some temporary jobs I joined the Royal Air Force (RAF) as an Administrative Secretarial Officer; a somewhat misleading title for the work in my 20 year career. I started with site management, HR and accounts and then moved into Facilities Management and on to Project Management.

I finished my RAF career working at RAF Northolt on the MOD Estates London Project; condensing 4 military sites into Northolt with a £380M building and site remediation programme. Whilst there, I was also a key player in the RAF support to Air Security Plan for the London Olympics. I was awarded an MBE in the New Year’s Honours List for my work.

My early RAF Career was interesting; it was a very patriarchal society that only allowed men to fly aircraft and only allowed pilots to hold the top jobs. When I joined, I had the option to leave if I got married, and had to leave if I had a child.

In the 1990’s the Armed Forces embraced change on Equality and Diversity. Quickly the right to leave on marriage was removed and the opportunity to fly added. Women forced to leave when pregnant returned and the option to leave if you were expecting was introduced.

Today, there are some very senior females with leading roles in all aspects of the Service and female fighter pilots fly in combat zones with children back at home. All roles are open to any gender. Those are great headlines, supported by significant policy changes, adjusting processes to minimise bias and investment in childcare facilities.

However, the real success was the cultural change. I was trained as an Equality and Diversity Advisor and managed a programme of training, education and support, driving change at grassroots level. The principles of Change Management (although I did not know it) were exploited effectively to monitor and respond to the slowly changing environment, nudging and reinforcing constantly.

The results were a culture where direct and indirect discrimination was tackled at the lowest levels; individuals were empowered to raise issues if made to feel uncomfortable and supported in doing so. This journey was challenging and it took 10 years to reach a balance; one that still requires continued attention to maintain the high standards achieved.

I have now joined the Nuclear Sector and the male/female split is very similar to the RAF. However, the acceptance of lower standards day to day on Equality and Diversity have surprised and disappointed me.

I know it can be different and now see it as part of my mission to support the same organic cultural change in this industry. I have set up, and was appointed chair of, a Women’s Network and I am actively supporting the ’Women In Nuclear’ organisation, part of the Nuclear Institute. For me the acceptance of diversity and inclusion and professionalism go hand in hand.

Thank you for sharing this powerful example of real change with us Josie, it’s been an inspiring read.

If you missed yesterday’s blog (the first of a series of four) in celebration of International Women’s Day, you can find it here 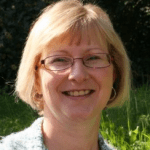 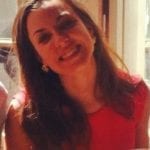