It was Adult Learners’ week and that got me thinking…

What I had learned recently?

I’m doing an online Social Media course at the moment so there was that; I’m a mum to a 1 year old so that is a learning curve all in itself! But, it’s been a big few months for me in my leisure time – I am a Rock Choir member or a ’Rockie’ to those in the know.

I’ve been going to Rock Choir for nearly 8 years and have performed at a whole host of magnificent venues such as the Hammersmith Apollo, 02 Arena, Wembley Arena and the Liverpool Echo.

But this year was different, this year is Rock Choir’s 10th birthday and we were taking over the NEC Genting Arena in Birmingham for a whole weekend. Altogether nearly 16,000 members were getting together for one of the biggest parties the UK had ever seen, we also had guest appearances from Chesney Hawkes and Kiki Dee – so I wasn’t going to let the side down!

Our Rock Choir Leaders are amazing at finding ways to make sure the lyrics and tune ’stick’ by teaching us tiny, bite-sized bits of musical education in our weekly class and likening individual pieces to other famous pieces – ’Over the Rainbow’ and ’Jaws’ comes up quite a lot. Humour and the relationship we have with our leaders is vital, membership is paid and singing at events is voluntary and for fun, so it’s important that each session feels like a night out – otherwise it just wouldn’t be as popular as it is. Who knew that to learn a clap for the song ’Valerie’ you had to clap to the phrase ’bucket of fish’? Are you trying that now?

Normally I have a keen memory for song lyrics and ’dance moves’ but for the NEC event, I wasn’t leaving anything to chance. I can’t read music but this isn’t a requirement for Rock Choir; songs are taught in small chunks by rote (the memorisation technique is based on repetition) and the individual harmony parts are recorded and made available for members to download and practise at home.

I downloaded my harmony parts and put them on a CD in my car and played them over and over again (I think even my daughter can sing the soprano line for most of these songs now!), dance moves were reviewed on the Rock Choir YouTube channel and even my husband was asked to make sure I was getting it right, with me standing in front of the computer whilst he checked I was doing the same thing without me looking.

So what have I learned recently? The answer is about 20 songs! That’s quite impressive and the weekend was fantastic; it was a privilege to sing with Chesney and Kiki and the Rock Choir leaders put on a fantastic show for us between songs. All in all it was well worth the extra effort I put in to make sure that I was happy and confident with my performance. With a bit of support from teachers who understood educating techniques, I mastered a mass of new knowledge, practised and performed with new-found skills, and gained a mass of confidence.

My next task is to learn songs in French and Italian to sing with Russell Watson at the end of June so the work doesn’t stop now the party has finished.

So what are you learning? 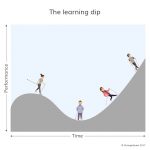 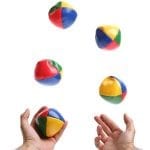 The power of practice for learningPeople Skills