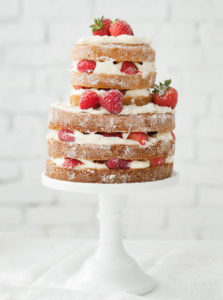 We’re in the final week of ’The Great British Bake Off’ and the last three contestants have survived 27 challenges, including cakes, pies, pastries, tarts, bread, biscuits and puddings from the ’70s, ’80s and the Victorian era. It’s fair to say that things are really hotting up now (forgive the pun!).

As usual ’Bake Off’ has provided avid watching in my household (even my two year old now says Ready, Steady, Bake). However, this year it occurred to me that it offers lots of really good lessons, and perhaps a little bit of good project management may have helped some of the contestants achieve their dreams of success.

I remember that, in week 3, Dorret provided a fine example of what happens when you don’t plan, having admitted she hadn’t practised her ’unmade bed’ bread sculpture. It was a bit of a disaster and she left the competition that week. Matt has also fallen foul of this particular problem having tried to roll his ’ice cream roll’, instead of encasing it in the sponge. The ice cream was just pushed out – something he would have known would happen had he ’tested the procedure before doing it in a live environment’.

As he was a local boy, we’d been rooting for Alvin. But scheduling was destined to be his downfall, and in week 6 that resulted in him leaving the competition. “Timing is your nemesis Alvin”, said Sue Perkins.

We saw Nadiya try to take a shortcut and freeze her butter as part of her puff pastry laminating process. It got too cold and the butter broke up as she tried to roll it out, leaving a ’mottled’ effect. Worried about how this would affect her vol-au-vents, she started the pastry again, but not only did she fail to chill the pastry enough, she didn’t complete the task.

The role of feedback was really highlighted when Ian made scallop and squid ink vol-au-vents. Sadly, he hadn’t asked for feedback before progressing, and by then it was too late to adapt things and the flavours were unsuccessful.

After weeks of being told to stick to the brief instead of making extra things, Flora was still focusing on the ’bells and whistles’ instead of what would really add value (Agile practitioners, I expect your ears are pricking up here!). “It doesn’t add anything to it”, Mary Berry insisted. Even after Flora appeared to have listened and we heard comments like “What a relief that Flora made just what she was asked to make”, she continued to add things time and time again (tuile cigars and caramel wafers on her cream horns, macarons on her chocolate tart, and a chocolate cake on her chocolate sculpture!). Getting distracted in this way often meant she had a rush job on for the actual task.

In week 8 puff pastry was once again a feature and understandably Nadiya was nervous. She received some sage advice from Paul Hollywood:

“If things do go wrong, don’t lose your rag, bear with it and just show us what you’ve got.”

In semi-final week we saw Nadiya’s temper emerge again when she was under pressure making a chocolate soufflé. Her inability to demonstrate emotional intelligence, and manage her state, meant that Nadiya came last in that particular task; we’ve seen what she can accomplish when she does manage to get this under control.

It’s as interesting to listen to the interactions and communications on Bake Off, as it is to watch the culinary creations. Stakeholder management is important for the contestants. In week 8, Paul completely failed to manage expectations with his banana and custard cream horn – “you built me up and then kicked me back” complained Paul Hollywood, as he expressed his disappointment in the flavour.

So what can project and change professionals learn from Bake Off? I would suggest these creative projects offer some great examples of the importance of: 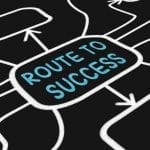 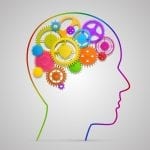