So here we are – it’s the beginning of January and time to put new ideas and resolutions into action.

Chances are you have a lot going on: new projects, major pieces of work, and all these are demanding your attention at any one time. Lots of things can be whirling around in your head, together with an ongoing stream of emails and calls to return. All this makes it difficult to have the time and space to focus on anything long enough to get it completed.

It often feels as if we’re alone in being so easily distracted. But, guess what, it’s just how our brains work. Once we understand this, it’s much easier to stay focused.

A study published in October 2005 found that employees spend an average of just 11 minutes on a project before being distracted. After the distraction it takes them 25 minutes to return to the original task – if they do at all.* Distractions divert your energy, and then it takes more energy to get back to where you were before. Not a very efficient way to work. In the fast-moving world we live in, it’s a wonder that we can get any focused work done at all.

Being distracted by what is going on around us is a perfectly normal reflex action though; it’s just how the brain works. After all, over millions of years, our brains have learned to pick up on signals around them to assess dangers, which in the past may have threatened survival. Magicians know this only too well, as they use distraction as an art form to confuse and confound us. Generations of parents have used it in a variety of ways to keep kids distracted, well, for a while anyway.

Blocking out the irrelevant

Being able to keep focused relies more on what you choose to block from getting your attention. A common test used by neuroscientists is the “Stroop” test. Here volunteers are given a series of differently coloured words and are asked to ignore what the word actually says, and to read out its colour. It’s surprisingly hard to do this. Try it out on the examples in the image! 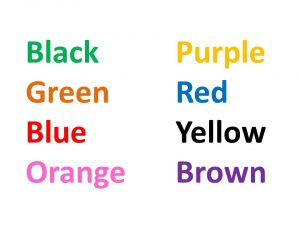 How many did you get right?

My immediate response was to read out the word, rather than notice the colour of the word.

You need to stop your automatic response which takes real effort. It’s like putting the brakes on. Unfortunately the braking system part of the brain tends to be quite weak – but it can be strengthened through practice, just like building muscle strength.

Being able to resist your automatic response to distractions is critical for keeping focused. This could be the best resolution you make – to use the braking part of the brain more often, so that it’s easier to focus and resist distractions.

Next time you’re working on something and that email alert pops up, resist the temptation to read it straightaway. Notice it and choose to ignore it, by putting your brain brakes on and keep your attention focused on what you’re doing. 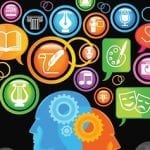 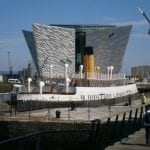