Resistance to organisational change has been either demonised or celebrated in most research into change management, but an interesting study argues that both approaches fail to address the power relations that are pivotal to successful change.

This alternative approach from academics Robyn Thomas and Cynthia Hardy* shifts the focus:

As they point out, while Charles Darwin famously observed that adaptation to change is the key to survival, things are more complex in practice!

There are two traditional ways in which resistance to change has been viewed:

1) Demonising resistance by thinking of it as a pathology that obstructs attempts to change organisations, and giving change agents the right to prevent it

Examples of this range from a seminal study in a US pyjama sewing factory, where employees reacted to being moved to different jobs by quitting, being absent, restricting output and showing hostility towards management, to a Harvard Business School study that treated resistance as something that needed to be overcome. “Resistors” are seen as self-interested or misunderstanding, and change agents authorised to use coercive carrot-and-stick methods to force through change including manipulation, withholding information, implying future benefits, sanctions, threats and dismissals. The change agent is on the side of the angels, and the people being changed decried as mulish and obstinate.

This approach suggests that employees can make an important contribution to change through their questioning of the claims and understandings of change agents. This works as long as employees are willing to make counter-offers and change agents are being willing to adapt their initial plans. However, staff may be placed in the difficult position of being encouraged to resist, but then condemned if leaders do not like their responses; and it is still the change agent who determines which responses constitute resistance and how it should be dealt with.

Power and resistance to change

They give an example from a U.S. hospital, where reforms to reduce junior doctors’ working hours from 100 to 80 a week split their superiors into “defenders” of the status quo and “reformers” supporting the change. This case study highlights:

The lesson from this example is that we should be wary of pre-determining particular individuals or groups as change agents and change recipients. Instead, it is vital to understand that organisations are “unfolding enactments”, how different individuals interact and contribute to the meaning of change, and how they are situated within webs of power.

Both power and resistance to change are important, Thomas and Hardy write: “Our approach draws attention to how organisational change is accomplished through complex, messy, day-to-day working practices, rather than through planning and design. Such an understanding increases the chances of ‘successful’ change by providing greater insights into how change occurs in unexpected ways, and explains the multiple points at which changes in direction occur.”

This is useful to consider for any type of change, large or small, especially for complex and emergent change. Given the pace and high volume of change most organisations face these days, there will be constantly shifting power dynamics to consider and work with.

Here are three suggestions to help improve your chances of success when  managing organisational change: 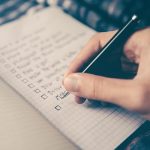 7 steps to prepare for change in 2022Change Management, Project Management