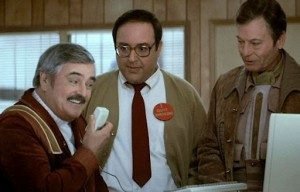 The other day my husband was nostalgically watching one of the original Star Trek re-runs. Feigning interest I received a quick induction into the show’s formulaic format.  I learned whenever an ‘away team’ was beamed down onto a planet, the guy in the red shirt wouldn’t be around for much longer and that Captain Kirk would very soon be in a real pickle and desperately asking his chief engineer Scott that they either be beamed up post-haste or that they are given more power. Poor Scotty’s standard response was always that he needed more time and was giving ‘everything he’s got….’ you’d think they would have learned by now!

Isn’t it funny that although we now have more technology than ever before as a means for communicating, project teams still constantly suffer problems from poor communication. Technologically, we may be able to bounce messages off the moon and talk to space probes on Mars, yet we can find it uncomfortable to have a meaningful and useful conversation with the person sitting next to us.

I’m seeing the need for project teams to work in a much more collaborative way. Projects are impacting more areas across the organisation, so teams are having to reach out to more people. Given the fast pace of working and change, team members need to continually share and exchange ideas to keep each other up-to-date and get problems resolved quickly. That way concerns come to light much earlier, rather than festering until they become a serious problem. This all helps maintain a good pace and momentum for the project, as well as helping the team learn together. This level of collaboration and team working is much easier when there’s an openness in the way things are discussed.

Without even realising it, we put up barriers during a conversation, especially when there is a problem to deal with. These barriers appear in lots of different ways, but fall into these three main areas:

Judging  – people have a natural tendency to judge; we quickly interpret situations in our own way and form opinions about the situation and the other person – are they in the wrong, or being defensive, is the situation beyond saving? We then start reading in-between-the-lines even more, to reinforce those initial assumptions.

Offering solutions too quickly – having quickly interpreted the situation, our minds jump into solution-mode and of course we want to be helpful, so the temptation is to tell or guide the other person about what should be done.

Ignoring the other’s concerns – this is when the focus is moved from the other person’s concerns to your own topic or issue. Conversations can end up being just a series of diversions, with no meaningful exchange taking place.

Keeping in mind the time pressures that people are working under, you can see how easy it is to respond in these ways. As a project manager, make it your priority to focus on how well you and your team interact with one another. 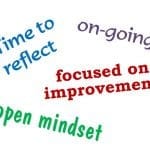 Lessons learned – How to make them workPeople Skills, Project Management

If it ain’t broke….getting a sense of urgency for changeChange Management