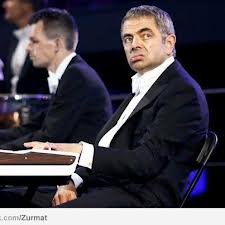 I hope by now many of you have managed to watch the wonderful spectacle that was the London 2012 Olympics opening ceremony and you’ll no doubt have your favourite bits – perhaps it was the Queen with James Bond or mine,  Rowan Atkinson as Mr Bean playing Chariots of Fire with the London Symphony Orchestra.

Mr Bean is a man of very few words (if any at all!) and yet like the comic stars of the silent movie era, he conveys a whole range of emotions and feelings with expressions alone, so much so that words become unnecessary.  Using facial expressions he transcends language barriers and is clearly understood around most of the world. His shows still play in more non-English speaking countries than English speaking ones.

Now last week Ranjit posted an interesting piece about the Mehrabian Myth, if you didn’t get a chance to look at it you really should. I was really intrigued by Albert Mehrabian’s communication formula, but after watching the Mr Bean segment I began to question it.

So how important are the words, the tone and the body language when communicating?
Here’s a fun little experiment to test this out for yourself – you can vote after each step to indicate your preference.

You’ll need to do these three steps:

This survey/experiment is based on a restaurant review posted on Yelp. 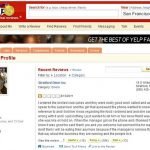 The Words (Read these words out to yourself, then vote)

” ordered the boiled crab cakes and they were real good and I called and asked if I could speak to the supervisor and the girl that answered the phone wanted to know what it was in reference to and I told her it was regarding the food I ordered and she said what was wrong with it and I said nothing I just wanted to let him or her know that it was good and then she was like ok hold on. When the manager got on the phone and I thanked him and let him know it was good he said thank you and you are welcome but seemed like he was in a rush. I don’t think I will be eating there anymore because if the manager is not nice then what does that say about the business they are running and the people in it”

The words and tone

Great!, next is going to be a audio of someone speaking, the  same words above. (You may need to turn it up a bit and sorry for the slight hiss!. It’s a little long but please stick with it)

The words, tone and body/facial language

Now lastly watch the video – this is the actor Chris Kipiniak speaking/acting the words.

Now I believe this is how Professor Albert Mehrabian was intending for his formula to be used. His formula is as follows:

He says ”Please note that this and other equations regarding relative importance of verbal and nonverbal messages were derived from experiments dealing with communications of feelings and attitudes (i.e., like-dislike). Unless a communicator is talking about their feelings or attitudes, these equations are not applicable. Also see references 286 and 305 in Silent Messages – these are the original sources of my findings” (Albert Mehrabian, source www.kaaj.com/psych, retrieved 29 May 2009)

So this formula applies when someone’s facial expressions don’t align with the words they say. In Mr Bean’s case it won’t work as his expressions actually convey his emotional state. Well we get the picture…or do we?

Anyway it will be interesting to see the results of the poll. Many thanks for reading and helping me out and do keep coming back to check on the poll results. 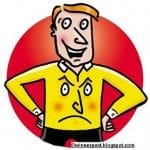 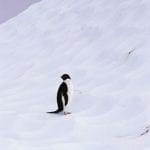