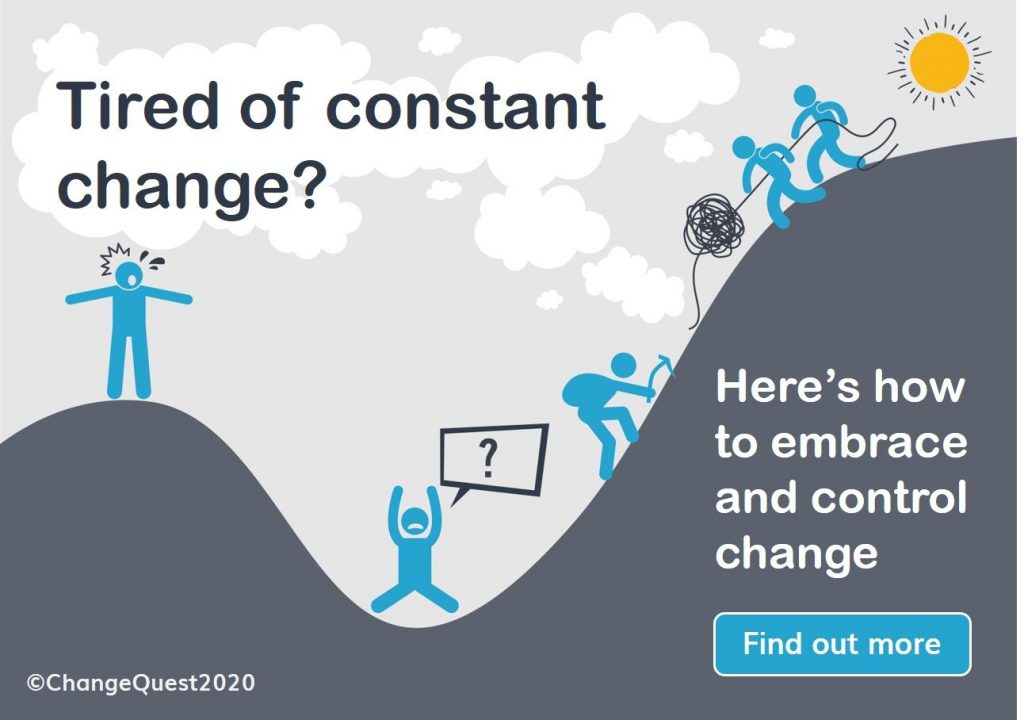 The ‘change curve’ derived from the work of Kubler-Ross, describes the internal emotional journey that individuals typically experience when dealing with change and transition. This journey consists of a number of stages that people go through: shock and denial, anger, bargaining, depression and acceptance.

After the initial ‘shock’ of being confronted with a change, people often resist engaging with change, as if trying to prove that the change is either unreal or unnecessary.

Who was Elisabeth Kubler-Ross?

This ‘denial’ phase can be characterised by a burst of additional energy.

There then comes a point at which those experiencing the change can no longer avoid engaging with it. At this point denial often gives way to anger or blame. The idea that ‘it’s not fair’ may take hold and often others blamed.

Elements of bargaining emerge and as mood and performance decline further, blame may also turn towards self. This is a time for empathy, and for helping people to consider realistically the impact changes will have on them individually. Don’t try to minimise the losses people will experience – they need to know that the cost of the change to them personally has been well understood.

The “downswing” of the Kubler-Ross change curve

The process to this point has been characterised by a drive to hold on to, or to revert to, the current situation. Energy, morale and performance may fluctuate, but all relate to the ‘downswing’ side of the curve. The realisation that all such efforts are failing leaves people at their lowest point of performance, energy and morale. Confusion, sadness, even depression are characteristics of this period. Empathy, active listening and effective support structures are necessary through this phase.

Coming through this period requires a point of acceptance. It is a point at which the person accepts at a deeper level that change is happening and resolves to face this ‘new future’. Only then can they start to be outward-looking and explore new possibilities.

Following this point, people begin to engage in problem-solving behaviours. This allows people to try out new approaches and eventually integrate these into their new way of being.

Some factors that tend to affect the length and depth of the personal change curve, and the probability of emerging successfully on the upside, include: 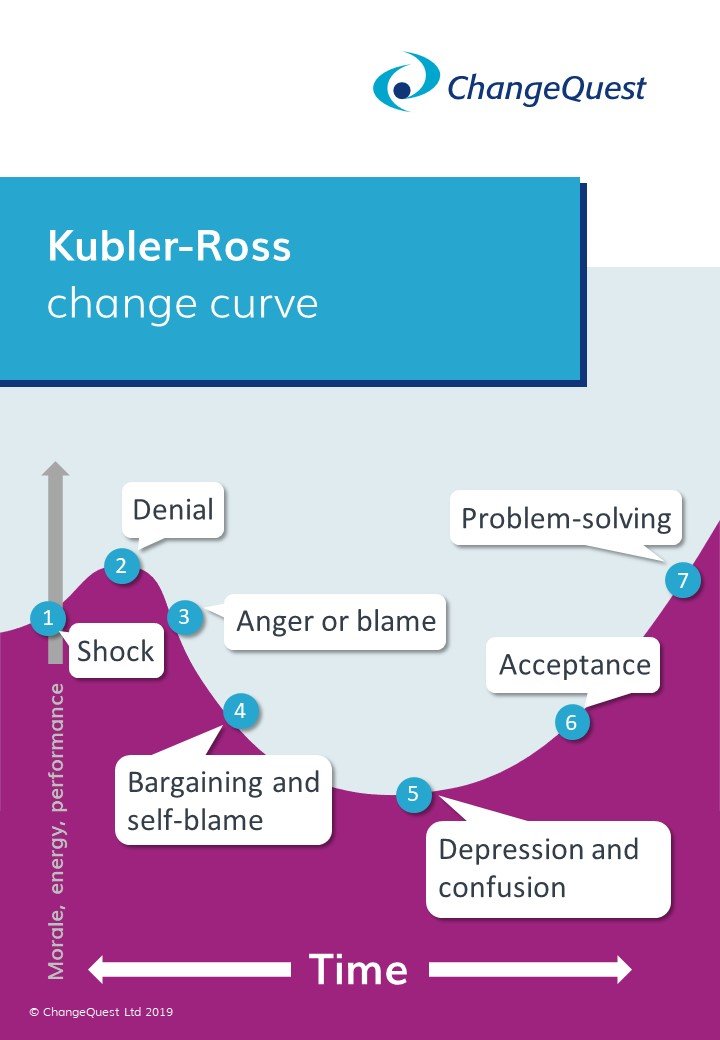